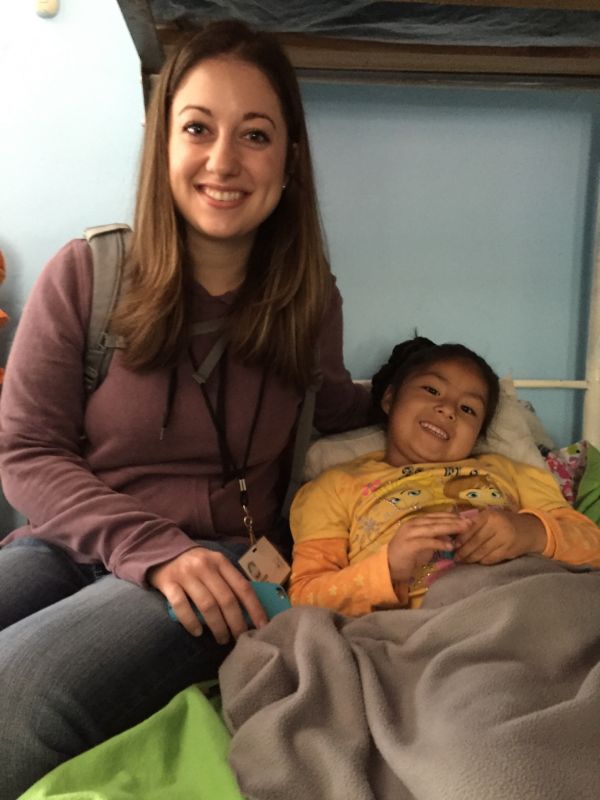 Kristen White Helping Cheer Up a Patient After Surgery 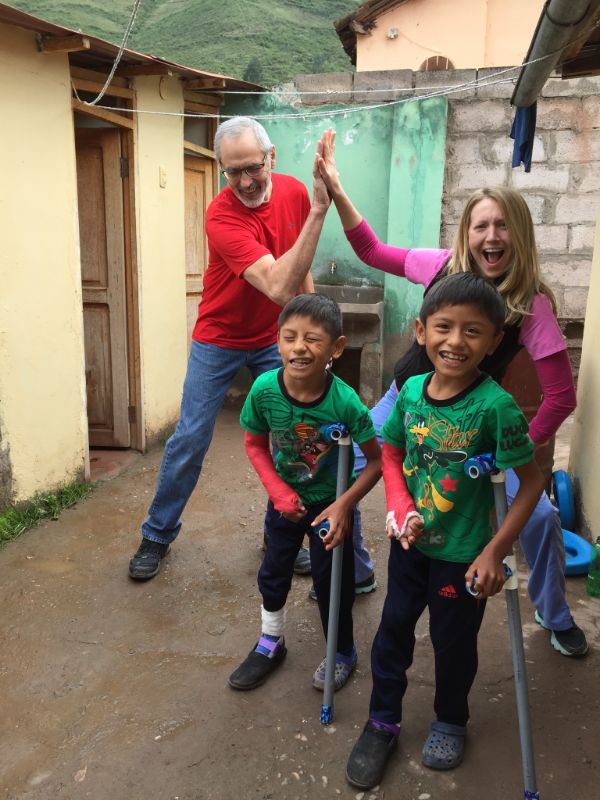 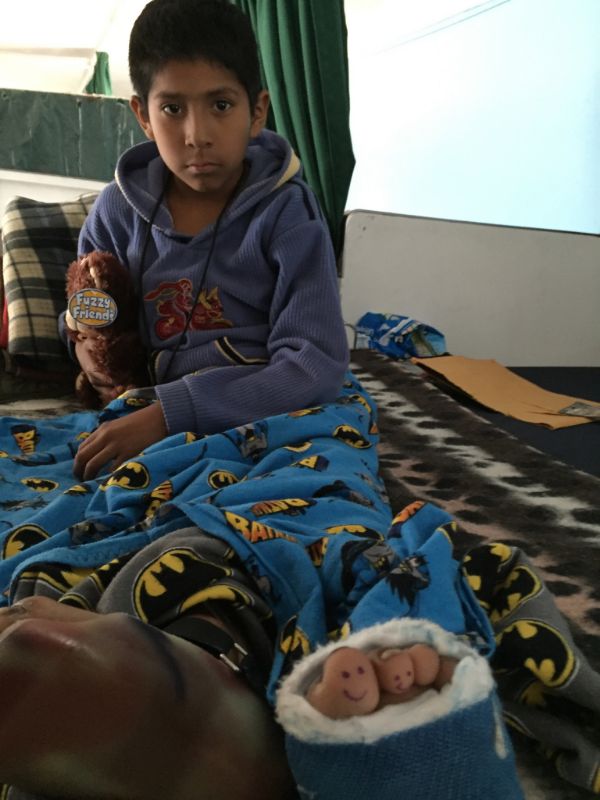 At Least the Toes are Happy During Recovery

A Little Girl in a Hip Abduction Brace 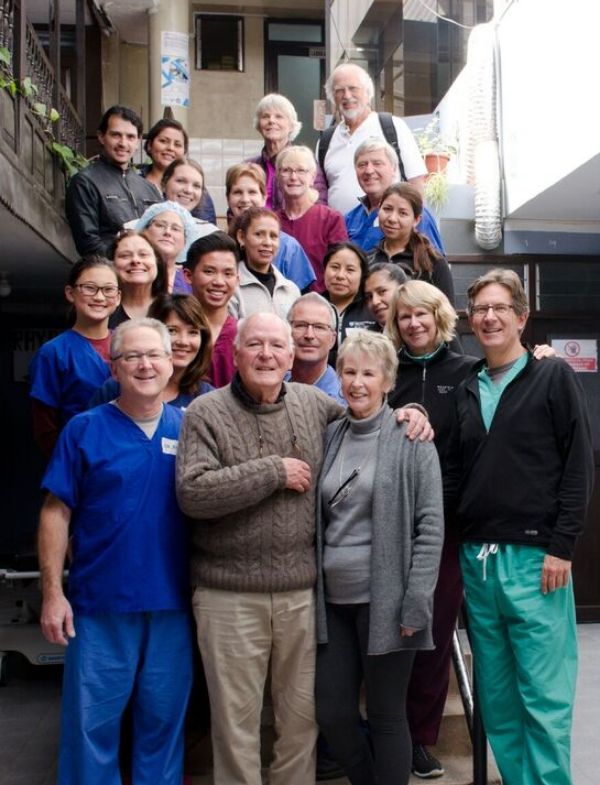 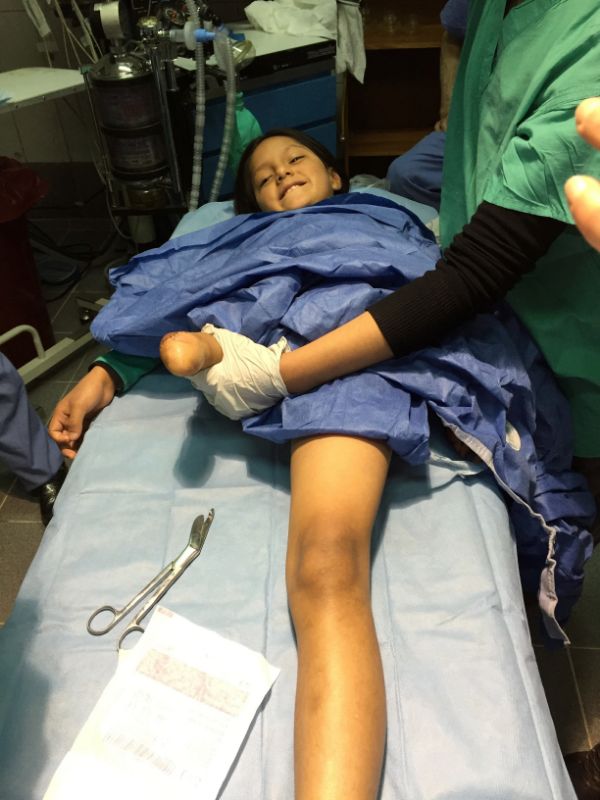 Rita, a Few Days After Surgery, Getting Fitted for Her Prosthesis 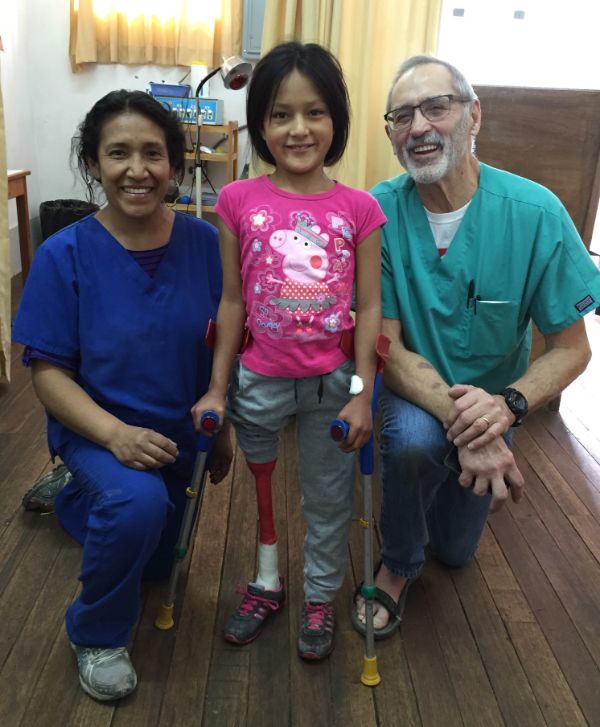 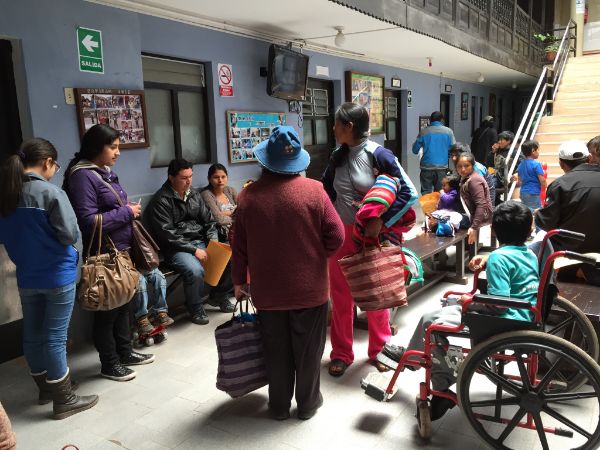 Patients Waiting to be Seen by the Team 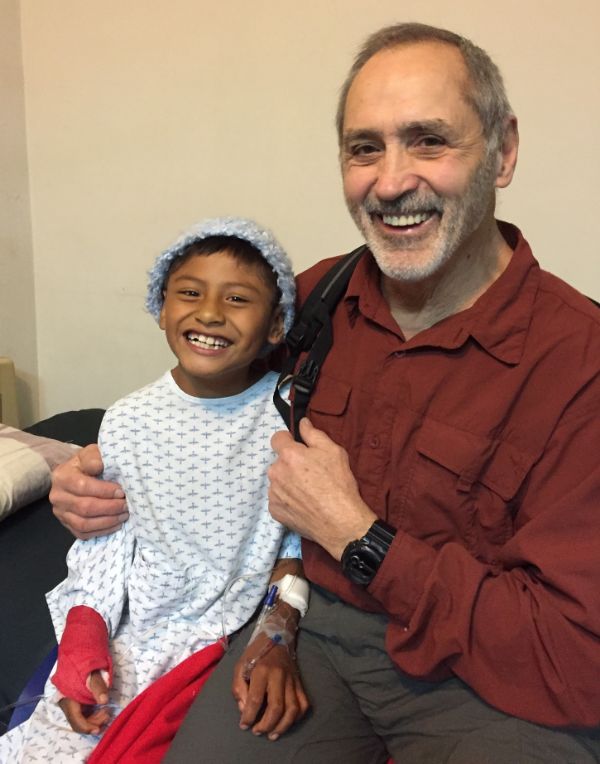 One of the Twins with Guy Farris After Hand Surgery 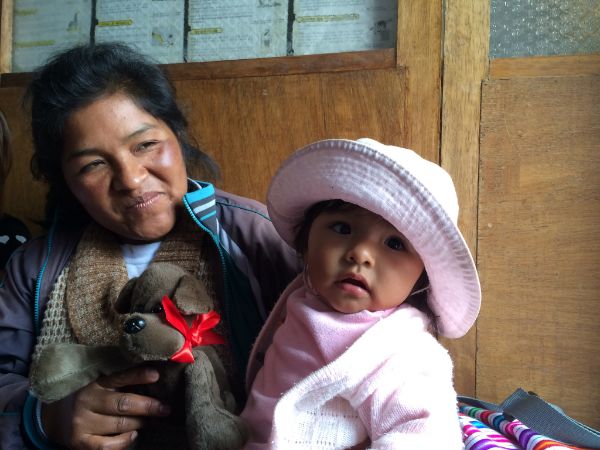 Mother and Daughter Waiting to be Seen by the Team What a great trip this year! Even though it rained most of the days we were in Peru, it was “Oregon rain” with daily sun breaks. Although several of us had brief bouts of digestive issues, we recovered quickly. None of us were injured, arrested, or seriously lost, although one team member, traveling on a separate itinerary, found his flight from Cusco to Lima cancelled and missed his return connection flight home. The result? A 14 hour layover in Lima on the way.

There were some unique events this year. There was a regional transit strike which shut down the road system for two days. There was also the annual Carnival celebration involving three, full, loud, virtually sleepless nights. (One of the Carnival loudspeakers was right outside our bedroom window!)

As usual, during each of our trips, we began the triage phase immediately upon arrival at the Kausay Wasi Clinic. We identified the children who needed to be addressed surgically and those that required orthopedic braces, prosthetics, and/or physical therapy. We ran two triage rooms simultaneously for the first day, then intermittently throughout the next week as time allowed. Drs. Shaw and Noall performed 46 surgical procedures during our visit. The prosthetic team was able to make and deliver 26 braces, one immediate post-op prosthesis, and several other orthopedic supports as well.

Of course, the real story of our trip were the lives that were changed by our assistance.

The Twins
John and Johan Janarico were two active 7 year old twins. Each had hand surgery and a club foot correction. During cast change day, the first twin asked not to be anesthetized so he could watch his cast being changed. He did. His brother wanted to be anesthetized during the cast change. He was. The first brother came in after the change and saw his brother “sleeping”. Dr. Geelan confirmed that he was sleeping, but the awake brother smiled, looked at his sleeping brother, then started to poke him with his finger. He thought it was funny that his brother was not able to react to his poking which he surely would have if he was awake. They were always smiling and clowning around. Their laughter was contagious.

Rita
Rita was an 8 year old beauty had an incompletely formed right leg from birth. Surgical revision of her deformed stump made it possible for her to wear a more comfortable and functional prosthesis provided by the team.

Hip Dysplasia Cases
Hip dysplasia occurs when the ball on the top of the femur is not seated properly in the socket (acetabulum). Several children had surgeries to correct this problem and can now expect more active and rewarding childhoods. One little girl was placed in a hip abduction brace. She didn’t need surgery because in very young children placement in a brace is sufficient to correct the deformity. However, in older children, surgery is usually required.