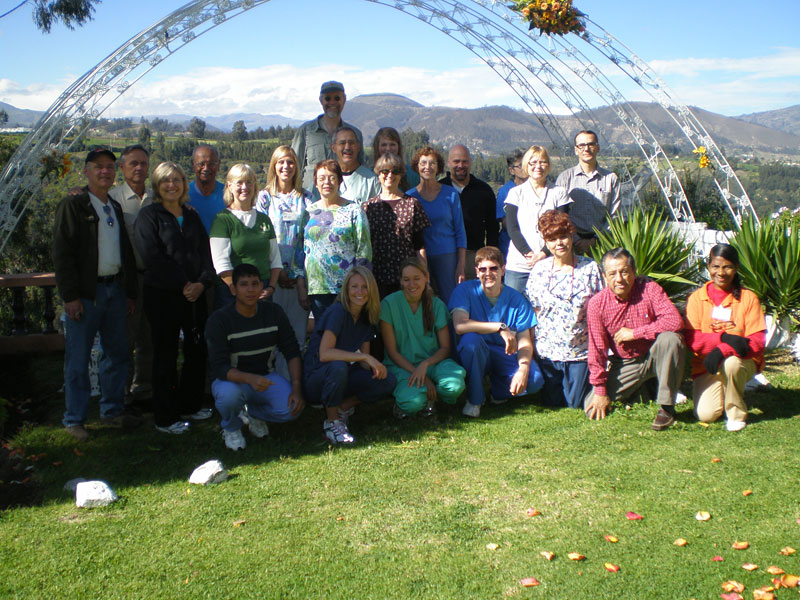 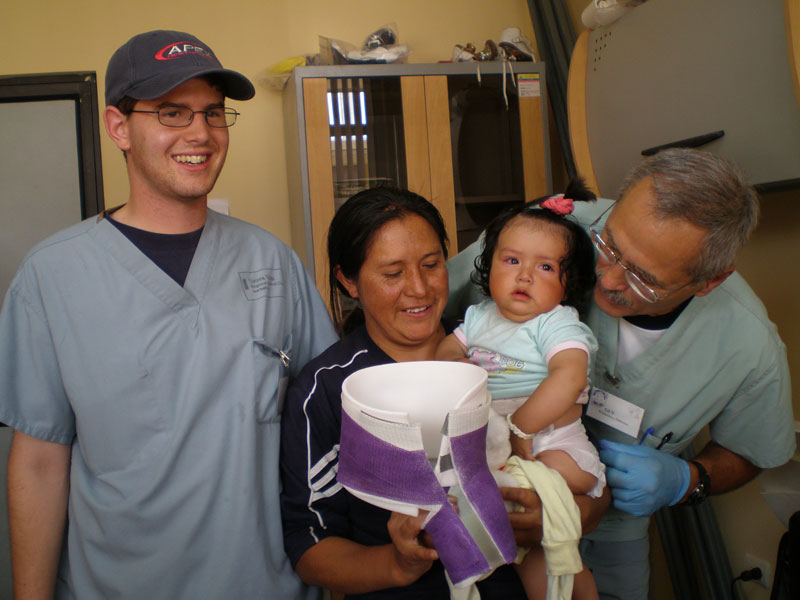 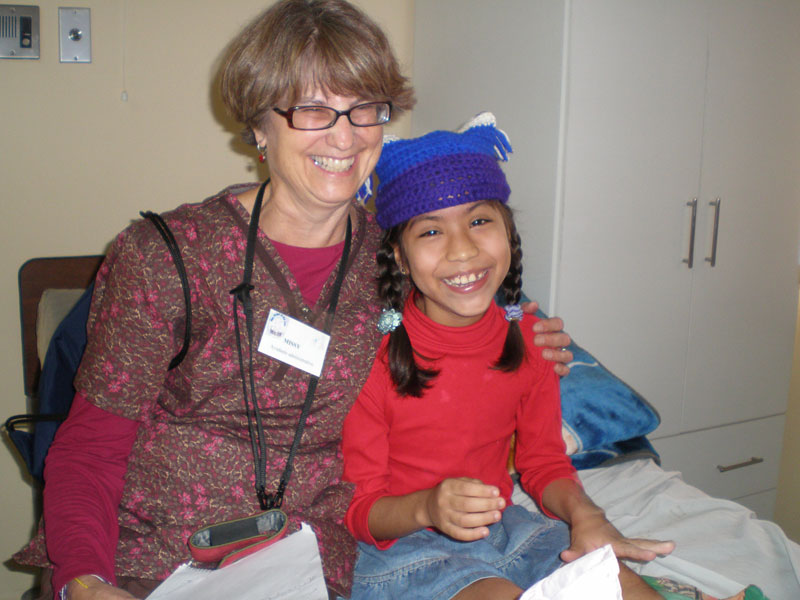 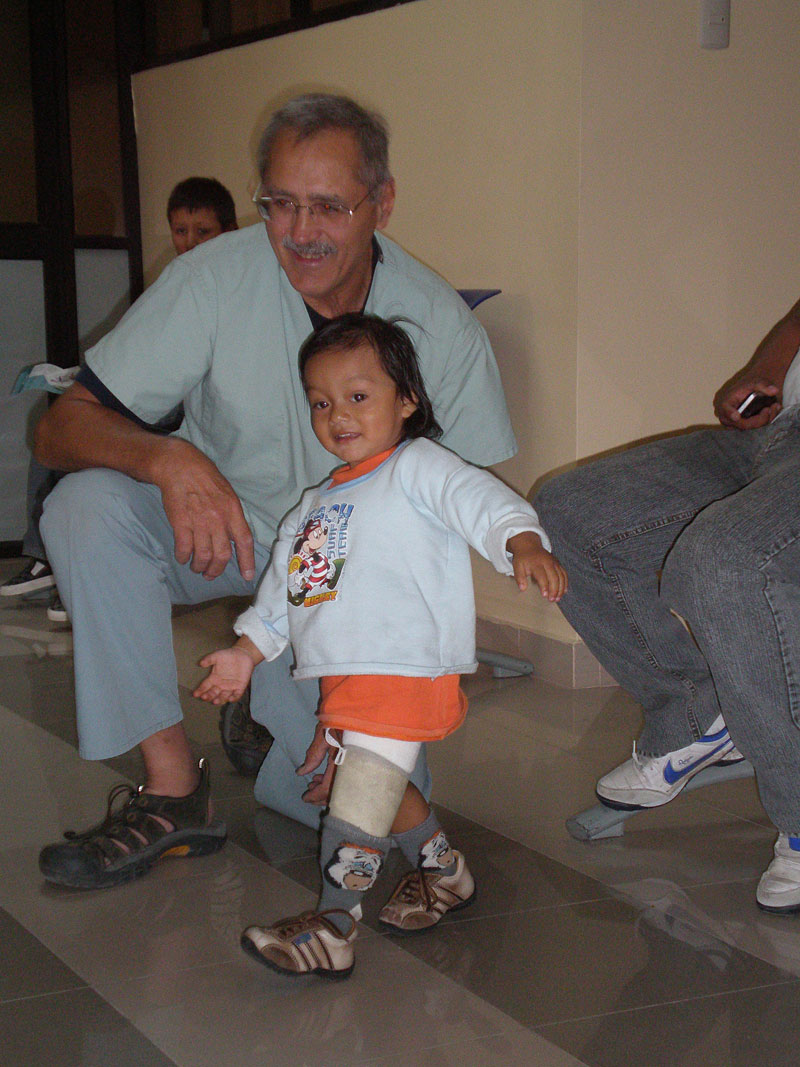 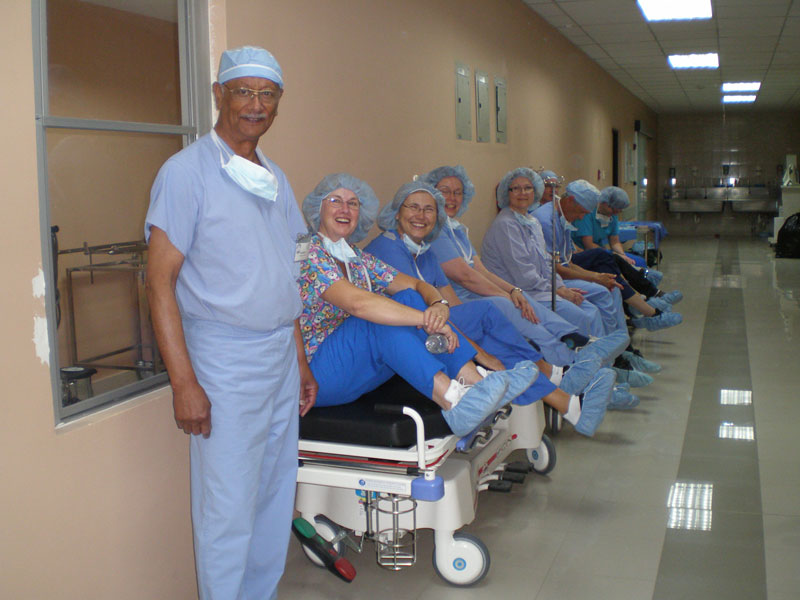 Narrative:
What a great trip to Ecuador! It was especially good this year because of the way our enthusiasm was revived as we prepared and packed to go.

Our port of entry this year was Quito, the capital of Ecuador, a beautiful city in the mountains at 9,186 feet of elevation in the central square. From there we took a military bus to Riobamba, another city in the mountains about 4 hours away at a similar elevation. We were amazed to find a brand new military hospital where we would do our work. Our in-country partner was Cielo Para Los Ninos del Ecuador (Heaven for the Children of Ecuador). It is an Ecuadorian non-profit run by Dr. Zorayda Figueroa. This organization had done a wonderful job of getting the word out about our team coming because we arrived to find a multitude of people (mostly children with their parents) lined up outside the doors of the hospital, waiting for our arrival!

Our team consisted of 20 members from the United States. During our 10 days in Riobamba, more than 300 children were seen for consultation. Approximately 62 surgeries were performed (orthopedic and ENT), many with multiple procedures. It’s hard to put a number for the 2 physical therapists, as they saw pretty much all of the surgery patients as well as many more where physical therapy was done instead of surgery. As always, Guy Farris had his hands full, fitting around 60 patients with leg or arm braces or prosthetics, many of which required bilateral bracing performed before, during, or after surgery.

In addition to the surgical procedures, Dr. Bruce Johnson performed dozens of office procedures. He even managed to help restore the hearing of the hotel waiter’s son late one night after we returned to the hotel. All of this was facilitated by his daughter Julianne’s capable translation. However, no translation was needed when Dr Bruce “Julia Child” Johnson instructed the whole team how to prepare the famous Ecuadorian delicacy cuy (roasted guinea pig). The video on Youtube is forthcoming, as is Dr. Johnson’s entrance into the comedy hall of fame.

As if the treatment of locals was not enough, the team proved resourceful, and treated and dealt with these mild illnesses and injuries while still caring for hundreds of Ecuadorian children.

The teamwork could not have been any better – amid many glitches, such as the oxygen system in the operating room shutting down (putting an immediate stop to surgery), brace fabricating equipment having to be repaired, the bus not showing up in the morning (giving us a healthy walk out to the main road, and a few others) each member of the team pulled together to reach our common goal of serving the children. We formed strong friendships in the process. Even during the nights where we returned to the hotel after 9, 10 or 11 PM, there was never a complaint but only laughter on the bus, especially when Zorayda pulled out the warm beer on the way back to the hotel.

The highlight for the trip for Guy and Missy was watching their son, Gian, work with the team during our stay in Riobamba. He was invaluable in translating and organizing “supply expeditions” into town. He was like a Spanish-speaking Radar O’Riley! By the time we left, he knew virtually everyone in the hospital by name! Gian, I believe, is going to be extremely successful in his goal of someday working with an international non-governmental organization (NGO) like World Vision or Samaritan’s Purse.

As always, the singular highlight of the trip was to see mothers and fathers have their eyes well up with tears as they saw their children who had been lame, or confined to wheelchairs, walk. Or to have a mother whose child was unable to hear, respond to her voice. As Dr. Bay stated, “The gratitude in their eyes is the best payment I could ever imagine.”